A Lot Of Chinese Companies Are Showing Up At Interpolitex 2018

The 22nd installment of the annual Interpolitex will be held at the VDNH in Moscow from October 23 until 26. The show is the largest homeland security event in Russia where hundreds of local and foreign exhibitors participate. This year, however, is a historic occasion as the show’s organizers are launching the “Security of the Future” Forum in the same venue. The Forum, which is being held from October 24 until 26, already boasts more than a hundred speakers and 50 corporate sponsors.

But Interpolitex 2018 is shaping to be a a startling example of how Chinese companies have found a captive market in Russia. While exhibitors from other parts of Asia and Europe are at the VDNH too, Chinese companies outnumber them! 21st Century Asian Arms Race (21AAR) is a media partner for this year’s Interpolitex.

Among the dozens of Chinese companies looking to do business at Interpolitex there are a few standouts. A fine example is Diamante from Shenzhen. The company specializes in body cameras for security professionals, including law enforcement agencies, and offers a back end management system for coordinating these devices. It isn’t surprising for Diamante to be at Interpolitex since Russia’s interior ministry and other related departments are huge potential clients.

A serious player in enterprise IT and rugged devices is also at Interpolitex 2018. Hytera is a market leader for communications equipment used by emergency personnel and police. Of course, the company’s catalog extends to militaries too. With more than a decade of experience moving its products to Europe, Hytera has decent prospects in Russia, where emergency services, law enforcement, and the oil and gas sector are among its potential clients. One particular advantage for Hytera compared to its competition is its technology is on par with similar hardware from Western Europe and the US.

Another hardware manufacturer at the VDNH this week is Sun Creative from Hangzhou, Southern China. Its catalog spans a broad variety of optoelectronics, surveillance devices and sensors. The company’s niche are critical infrastructure and emergency services. There are a multitude of exhibitors like Sun Creative at Interpolitex, in fact, since Russia’s government agencies involved with forestry, healthcare, marine resources, and the oil and gas sector need the kind of equipment found in Sun Creative’s product range.

Hundreds of exhibitors are in Moscow’s VDNH from October 23 until 26. As Beijing and Moscow draw closer in almost all aspects of bilateral relations between states, the synergy between them manifests in shows like Interpolitex 2018. Russia needs stuff for its domestic security apparatus and government agencies and Chinese companies are some of the biggest suppliers for both. A perfect fit! 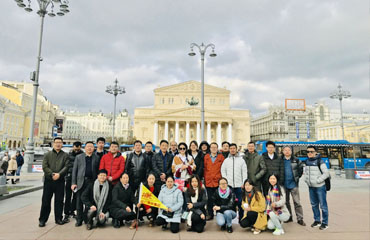 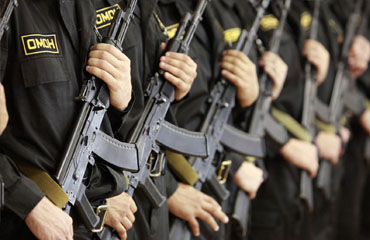 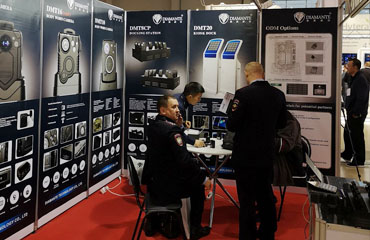